I hope you all get to spend time with loved ones, family, and friends. Howard and I have been really fortunate this holiday weekend to share a meal with those we care about. We went over to a family friend’s house on Friday for a delicious pot luck. There were so many good laughs and sneaky behaviours during our board game session. Christmas Eve was spent with Howard’s family where we cooed and ahhed over our little nephew in between hot pot. At 21 weeks old, he’s already mastered rolling! Christmas Day, we’ll be going over to my parent’s house tonight. We’re also looking forward to New Year’s Eve where it’s been tradition for us to get together with our best friends.

I won’t be seeing my colleagues for a week, but that doesn’t mean I won’t miss them! This year, I made some Totoro gingerbread cookies to hand out as a token of my appreciation. The reactions were pretty priceless. I love how Totoro brings a smile to everyone’s face.

Did I mention that I have never made gingerbread before? I remember decorating it in grade one or two, our classroom smelled so good. But we never got to eat them because they were used as decoration in our class and were rock hard by the time I could take it home. I don’t think I’ve even eaten gingerbread in the last decade, but we had a fun work event this year where I was in charge of the gingerbread station – I got to teach people how to pipe and watch them ice their own gingerbread man. This really inspired me to make some at home.

The ones at work were from Bobbette & Belle which everyone was raving how delicious they were, so I cracked open their cookbook and got baking!

I actually made the recipe twice so that I would have lots of dough to work with. I made Totoros, trees, penguins, and polar bears. Howard took the bulk of it to work to hand out to his colleagues.

You guys, I haven’t made royal icing in so long (probably 7 years)! I went out to get some meringue powder since I just don’t feel right about using uncooked egg whites. You basically mix meringue powder, confectioner’s sugar, and water until you get the consistency you want. Less water if you want the icing stiffer for creating borders, more water if you want it runnier to flood the area. It’s a lot of guesswork and experience, because it’s based on the feel when you’re working with royal icing. I started with the drier icing to pipe designs and outlines. It also acts as a good glue at this point, so I used it to attach sprinkles. Flooding was a bit trickier, but I think I got the hang of it! If only my outlines were cleaner! 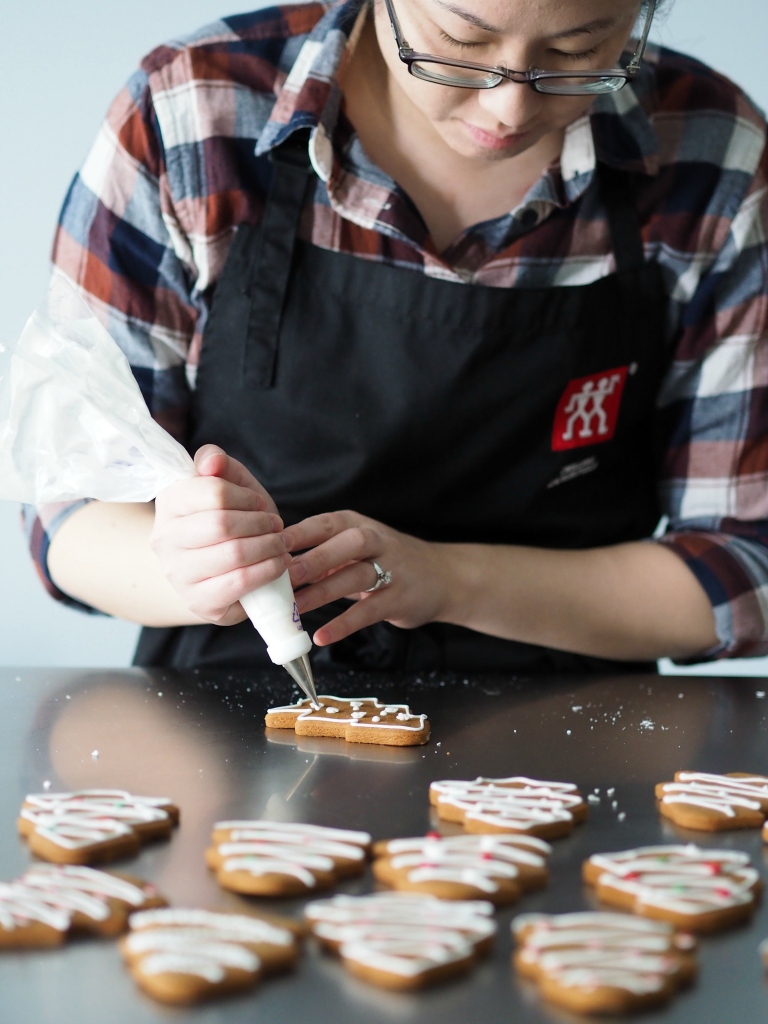 Totoro is moderately easy to make. You pipe two eyes and insert a black/brown sprinkle in. Then pipe a nose and a small dot on the top of his head. Most people add a leaf on his head, but since it’s Christmas, Totoro got a holly. If you have red sprinkles and green Christmas-tree-shaped sprinkles, you’ll be able to make a holly. I outlined an oval for his belly and then flooded it with icing. When everything was dried, I drew on his belly marks with an edible colour marker. You could pipe them on with black icing, but I trusted myself with the marker more!

I experimented with a lot of designs on the Christmas trees. Some just got zig-zag’s, others were outlines, played around with the sprinkle ornaments, and even tried some snowy ones. 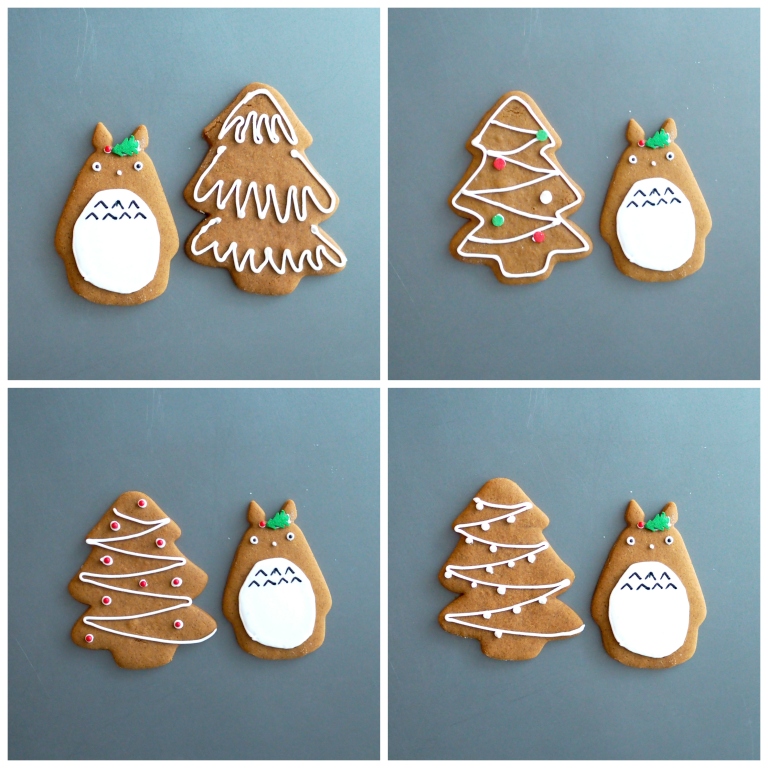 What do you think? I eventually got bored of doing the same thing over and over again, hence the variety. I don’t know which one I like best.

Thank you again for following along this year! I’m hoping to do a bit more crafting and baking in 2017. Do you have any New Year’s resolutions?